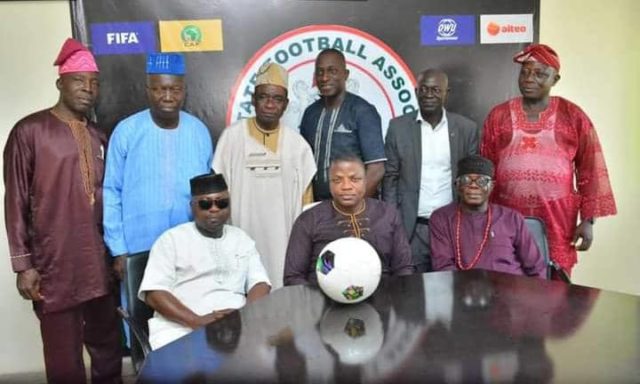 The board of Ekiti State Football Association has reaffirmed its unflinching commitment to the development of football, as well as, evolving a sustainable football ecosystem.

In the communique signed and released by Ekiti FA Secretary, Pelumi Abiara, many impressive resolutions were reached after its meeting Monday 26th July 2021, in Ado- Ekiti.

According to the communique, the board meeting was ostensibly held to make appraisals of the current happenstances in-state football and to make far-reaching decisions on the ways forward for football in the state.

The Board resolved as follows, to appreciate NFF President Amaju Pinnick and his 1st vice-president, Barr. Seyi Akinwunmi, as well as, other board members of NFF. It also appreciated the efforts of other states’ FA chairmen, for the laudable strides achieved so far, in the Nigeria football ecosystem.

The Board also appreciated the Ekiti State Governor, His Excellency, Dr. John Kayode Fayemi, the Ekiti State FA Grand Patron, O’Seun Odewale, and other patrons and advisers for the support they have always lent to the Association and particularly, during the recent, but unfortunate, a judicial crisis that engulfed the FA.

On its ongoing football programs, the board enthused that with the conclusion of the group stages of the BAFEM CUP 2021, the date of the final would be decided by the title sponsor. While the quarterfinals and semi-finals for both the men and women categories would hold on 29th July and 5th August 2021 respectively.

The board also approved the appointment of Mr. Kehinde Adetule as the new Secretary to the Ekiti State FA Referees Committee.

On plans to further encourage and stimulate more corporate and individual support for the programs and activities of the EKSFA, the board also resolved to hold the Ekiti State FA Merit Awards will hold in October 2021.

The board members further resolved that clubs under sanctions by the FA shall be pardoned after paying their respective fines.

Conclusively, the board charged all the local football councils to intensify efforts aimed at the development of the game at the grassroots.