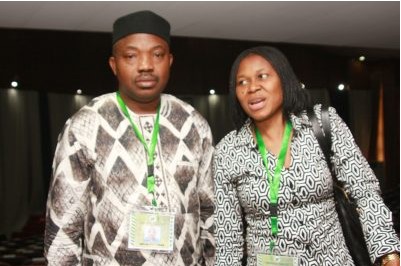 Yinka Odumakin Wife Has Given Account Of How Her Husband Died Of Respiratory Failure.

healthforcast had earlier reported that the Spokesman for pan-Yoruba group, Afenifere, Mr Yinka Odumakin is dead.

His wife, Mrs Joe Okei-Odumakin, who is heartbroken has already confirmed her husband’s demise.

How Yinka Odumakin Died By Wife

Wife of late Afenifere spokesman, Comrade Yinka Odumakin, has said he died just when his condition was improving.

Dr. Josephine Okei-Odumakin who confirmed her husband’s death to NewsOnline Nigeria, disclosed he had been ill since March 10 and was recuperating.

“It is true, my husband and friend have passed on. The darling of the media is gone.

“He has been battling for his life since March 10 and just when he was improving, a respiratory failure occurred.

“I am still at LASUTH but about to leave now,” she said in a shaky and devastating voice.

The Imo north senatorial election that occurred on December 5, 2020 is likely to produce a winner soon going...

AGF and Minister of Justice, Abubakar Malami (SAN), on Monday slumped before being revived during an official assignment...