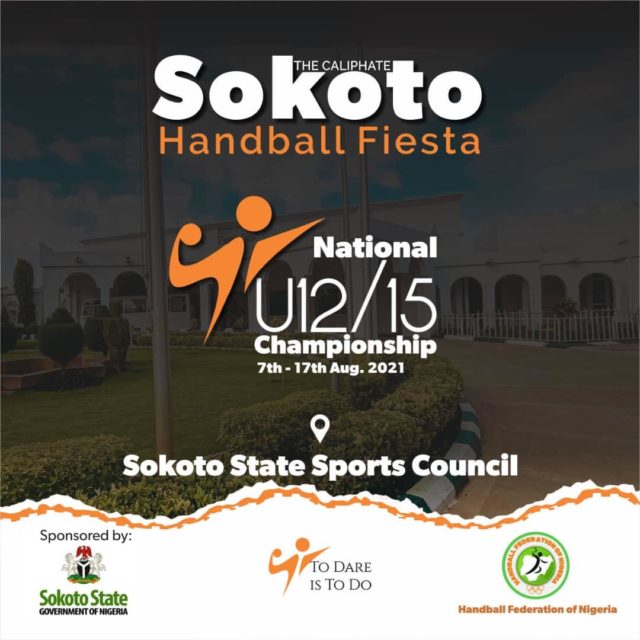 All is now set for the successful commencement of the National Under 12/15 Handball Championship holding in Sokoto from August 7-17, 2021.

According to a statement released by the Secretary-General of the Handball Federation of Nigeria (HFN) Alhaji Maigidansanma Mohammed, the age-grade competition sponsored by the Sokoto State government led by Governor Aminu Waziri Tambuwal will hold at the Gingiya Memorial Sports Complex in Sokoto and participating teams are expected to hasten up their registration process towards the competition.

Alhaji Maigidansanma Mohammed also revealed that teams who have registered would undergo screening on the 8th of August at the venue of the competition.

The 2021 edition of the National Under 12/15 Handball Championship is the first of the three years of sponsorship as agreed by the Sokoto State government led by Governor Aminu Waziri Tambuwal when the Championship was held in Sokoto in 2020.

The Director of Organisation of the Aisha Buhari Invitational Tournament, Aisha Falode, has congratulated the […]

Having lost their two matches consecutively, NISSI Football Club would go all out to clinch […]

By Akin Bolarinwa. Nigerians woke up to the shock news that the nation’s medal hopeful […]