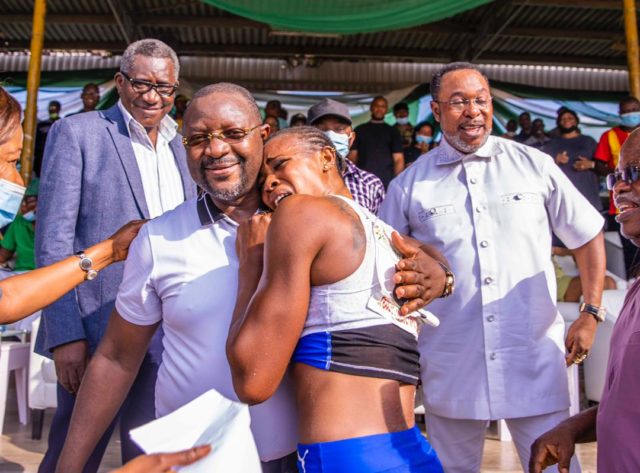 Nigerians woke up to the shock news that the nation’s medal hopeful at the ongoing Tokyo Olympic games, Blessing Okagbare has been provisionally suspended with immediate effect after a sample collected from the sprinter tested positive for Human Growth Hormone.

The honorable Minister of Youth and Sports, Sunday Dare in his farewell message to the Team Nigeria before their departure for the Olympic games, had previously warned and stressed the need for all the athletes to avoid using substances that will jeopardize their future and put the nation to shame.

According to the AIU sample of Okagbare’s test was collected during an out-of-competition test on 19th July.

Sports stakeholders have queried the Athletics Federation of Nigeria (AFN) for not being alive to their responsibilities despite the concerted efforts put in place by the honorable Minister of Youth and Sports for Team Nigeria to have a seamless and memorable outing in Tokyo.

Two years ago, on assumption on office, Honourable Sunday Dare was at the forefront of the campaign and advocacy against illicit drug abuse in sports.

Also reacting to the news of Okagbare’s suspension, sports journalists stated that the Athletics Federation of Nigeria should take the blame for Okagbare’s drug debacle.

Many agreed that the game master, Sunday Dare has done his best to warn the athletes to stay off drugs.

The athletics integrity unit says, growth Hormone is a non-specified substance on the 2021 World Anti-Doping Agency (WADA) Prohibited List and a provisional suspension is mandatory following an adverse analytical finding for such substance under the World Athletics Anti-Doping Rules.